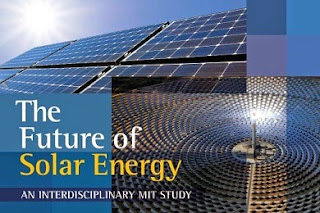 This is a one-hour-plus presentation of what is probably the most important energy document to come our way since the 2007 Stern Review climate study. Never forget that job one as an American is building the future of the world. The more you know, the stronger we are as a nation and the more likely it is we will be coming through this 50-year nightmare of global conflict over oil into a better, stronger world.


Take the time. Watch the launch event and download the PDF for summer reading.
Posted by David Biddle at Monday, May 18, 2015 No comments:

This spring Swarthmore College’s students, alumni and faculty stood up to demand that the school’s Board of Managers (their trustees) divest funding in fossil fuel businesses and technologies. I reported on that here in “The State of the War on Climate Change” a few weeks ago. The Board of Managers voted down that option just days later.
What I also reported on in that essay was that this is just the beginning of campus actions to divest in institutional money-making from investments in fossil fuel related businesses. You will read a lot of “reasoning” by trustees and boards on why, while they completely agree with the issues climate change brings up, they cannot vote to re-direct institutional investment policy away from fossil fuels. The bottomline, the only real issue here, is financial risk. Fossil fuel investments have ...

The State of the War on Climate Change: Lead, Follow, or Get Out of the Way

Talking Writing magazine just posted an interview I did with climate activist and environmental journalist Bill McKibben called "We Don't Require Leaders." I urge you to go check it out. McKibben surprised me with some of his answers. The whole climate equation and how it impacts culture and politics is not simple or predictable.

I did a lot of research for my interview. You can never get in all your questions. Nor can you make all the points you want to make in your interview introduction. I want to add a bit here, then, if that's okay. It's my contribution this week to what will likely otherwise be a finger snapping coverage of Earth Day by mainstream media.

First off, while it's been underway for about two years, the climate change Divestment Movement at college and university campuses is really heating up, if you'll pardon the pun. Bill was getting prepared for Harvard Heat Week when we were corresponding. The idea was to put pressure on Harvard University, which has an endowment of over $30 billion, to disinvest (divest) in fossil fuel related stock. You can learn more about Harvard Heat Week by going to the link at the bottom of this post.
Read more »
Posted by David Biddle at Tuesday, April 21, 2015 No comments:

Looking for a Way Forward: The Obama Administration Stumbles Some on Climate Change

#2 was the straw that broke my 53-year-old back. It was bad enough watching the Kennedy's and their ilk fighting to stop an offshore wind project that would supposedly ruin their sweet view of Nantucket Sound, but watching environmental groups get all tangled up in their knickers over natural gas fracking was just pathetic. I couldn't take it anymore.

In my past life I was an environmental advocate and a technology planner -- working with dozens of governmental agencies and corporations for more than 30 years. I analyzed the economics of energy systems and the cultural

It's been described as "plastic soup" in a bowl twice the size of Texas and 30 feet deep. Or how about a three-story Walmart streaming from the border of Mexico up along the Rockies and out to California all the way up to Canada? Plastic soup -- the Pacific Plastic Gyre/the Garbage Patch/the Trash Vortex -- proof positive that our love affair with disposable petroleum polymers is out of control.

At least it's not being called a stew. Plastics stew implies goo, and that wouldn't be good at all. Go here to the Chic Ecologist and to the Algalita Marine Research Foundation to learn about this awesome manmade miasma. Of course, if

Can Measurement Save the World?

I love our family Prius. It tells me in real-time what our average miles per gallon are for every tank we buy. There are other cars out there with trip computers measuring fuel efficiency, but not enough. I imagine if every car in America came with an on board metrics system gauging efficiency there would be a lot fewer muscle cars and SUVs on the road.

This measurement thing is also a big deal in the recycling world. The best recycling programs around the country tend to be those in so-called "Pay As You Throw" districts where people are charged by volume or weight for trash service. EPA has documented the effectiveness of PAYT. And the most exciting feature of RecycleBank's incentive program to folks like me (I coordinate Philadelphia's recycling efforts) is not so much the discount coupons you get for recycling but the fact that they weigh how much material you put out on

In ten years, if we're still talking about green jobs, we will have failed to transform the world economy to a more sustainable and egalitarian set of markets. For many of us who have been invested in the so-called "green revolution" for the past three decades, the fact that we're talking about jobs with special hues even today is disconcerting. As has been documented here at Blue Olives, efforts to modernize technology and establish a more democratic and benign form of productive capitalism have been in the pipeline since at least the early 1960s.

Indeed, "green jobs" should not be something special; they should simply be "good jobs" that are part

Short-Sighted Buffoonery: Send me in coach! 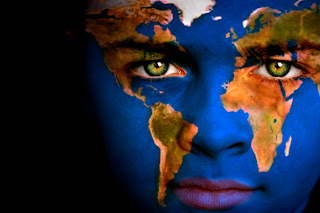 I'm getting ready to re-enter the fray. I recently agreed to take on a job in the City of Philadelphia that I can't provide details on, but it's not soon enough apparently. Leaders in Washington and state governments all over the country are doing their best to turn solving the climate change problem into another example of oafish, mercenary, short-sighted, buffoonery. Check out the rather direct posting at the Center for American Progress today, "Facing Reality."

I'm fighting mad. You should be too. Personally, I've been on the sidelines way too long and I'm itching to get back in the game. Yesterday, I listened to the news that President Obama is authorizing $54 billion in loan guarantees for the nuclear power 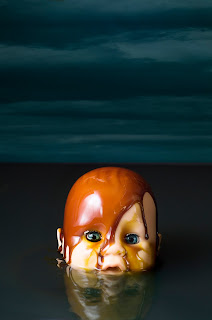 Experts have been saying it's too late to avoid climate change for some time now. Today's news (it's Groundhog Day, for goodness sake!), is kind of obvious then.

Janos Pasztor, the UN Secretary-General's point person on climate change, has come out with the not so surprising statement that:

"It is likely, according to a number of analysts, that if we add up all those figures that were being discussed around Copenhagen, if they're all implemented, it will still be quite difficult to reach the two degrees."

At issue is the so-called two-degree (that's Celsius) target set at Copenhagen. If the earth's average temperature goes above this level (using pre-industrial 18th century temperatures as a baseline), we will be in deep, hot doo-doo.

Read the referenced material for the details. Suffice it to say that a botched and pathetic campaign in Massachusetts, the Haitian earthquake crisis, the health insurance reform debacle, and the coming Super Bowl are all in league to distract us (immensely) from job one which is immediate and continued reduction of fossil fuel emissions worldwide.

In the words of Ross Perot, I hear a giant sucking sound.

Who the heck is in charge here anyway? You?

Boy, You're Going to Carry That Weight 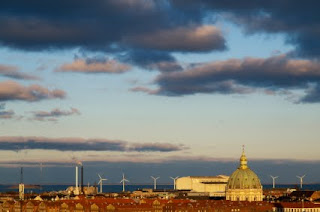 Yesterday, our local paper, The Philadelphia Inquirer, reported on a little skirmish at the U.N. climate conference in Copenhagen between the U.S. and China over climate change policy. In essence, the U.S. wants China to open its books in order to determine whether the world's most populous nation is adhering to the voluntary greenhouse gas reductions they are committing to (as a so-called developing nation, China is not confronted with the same requirements as the U.S., European Union countries, Japan, Australia, etc.).

According to the article, both countries are in stalemate mode with China scoffing at verification demands and the U.S. stressing the need for clear definition and an "international agreement." The face-off is about money and China's concern over international sanctions. While China is deemed a developing nation, the U.S. and other industrialized countries are not offering financial support for climate change assistance. More to the point, China's fear of penalties for not meeting it's goals is a classic case of cognitive dissonance, kind of like saying: "Yes, we agree climate change is a problem

Yes, indeed, there are blue olives on this planet.